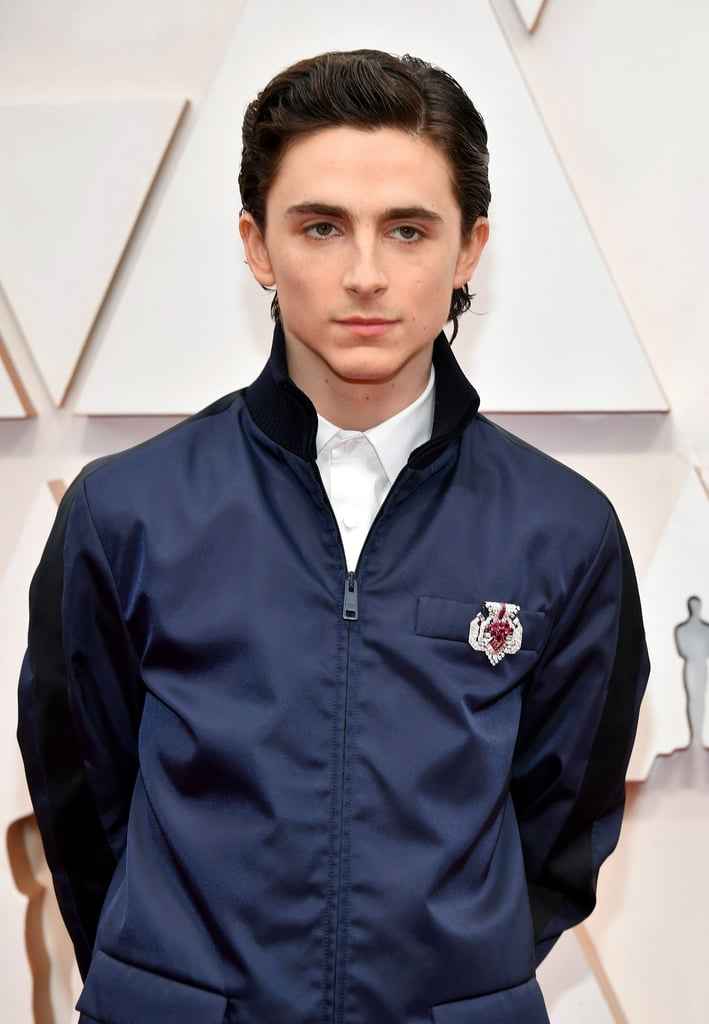 Dear Timothée Chalamet, Where Were Your Curls At the 2020 Oscars?

Remember when the fiasco of Fyre Festival was coming to a close and Ja Rule, a seemingly critical cog in the festival's scamming machine, tweeted: "I too was hustled, scammed, bamboozled, hood winked, lead astray!!!" The same words ran through my mind the second Timothée Chalamet walked the Oscars red carpet in a slicked back wet hairstyle. As if it weren't shocking enough that he arrived in this Prada suit, the Little Women star seemingly left his famous curls at home.

OK, the curls weren't actually left at home, but he did apparently decide to put his bouncy curls in hibernation for the night, hiding them underneath a healthy dose of gel. To be fair, he looks good; the look just isn't what I — and I assume other fans — expected. Some are comparing the coiffed style to Prince Charming and fine, maybe that's accurate, but I'm still wondering: where are the curls?

For historical context, Chalamet is famous for his head of hair. (OK fine, he's famous for making great movies, but the hair is a close second.) It's what got people talking on Twitter after the Little Women trailer first premiered proving that he — and his windblown curls — would make the perfect Theodore "Laurie" Laurence. And when he had to cut his hair into a bowl cut for the movie The King, fans went bonkers over the major change (and not in a good way, although to be fair I was a fan). So, to say that last night's choice won't be divisive for the rest of time is inaccurate. If you never understood The Alignment System, well, this is chaotic good in human form.

Haircut
Botched Your Own Haircut or Dye Job? Here's How to Fix Your At-Home Hair Mistakes
by Jessica Harrington 3 days ago

Dan Levy
Sorry, but the Rose Family Have Nothing on Eugene, Dan, and Sarah Levy's Real-Life Bond
by Monica Sisavat 1 week ago 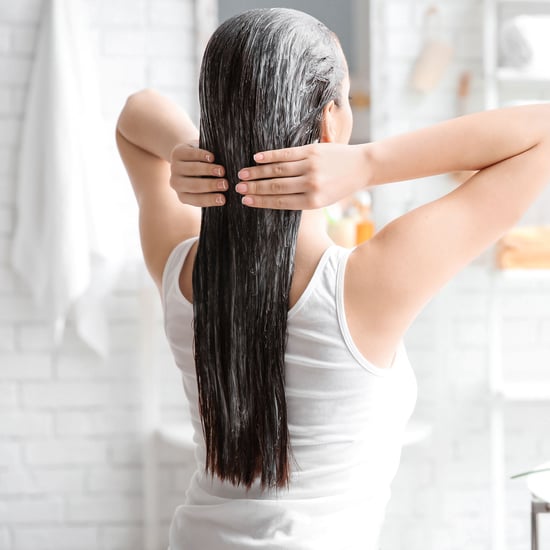 Scalp
Is It Normal for My Hair to Fall Out When I Use a Scalp Scrub, or Should I Be Concerned?
by Jessica Harrington 1 week ago

Mulan
The Cast of Mulan Looked So Regal at the World Premiere, We Have No Choice but to Bow Down
by Monica Sisavat 3 weeks ago

Hair Dye
Thinking About Going From Brunette to Blond? Here's What You Should Know Before You Do
by Jessica Harrington 3 weeks ago