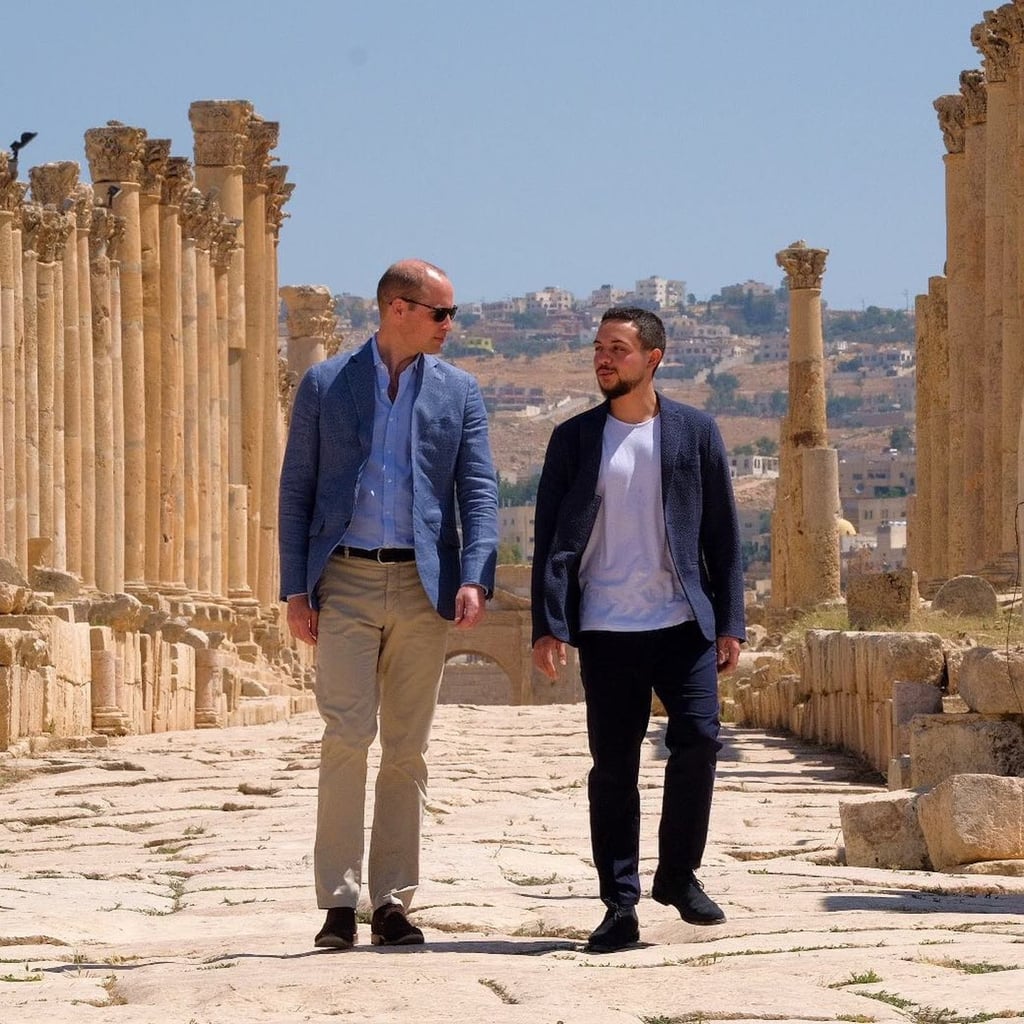 Just a few days after his birthday, Prince William was welcomed to Jordan as part of his Middle Eastern tour.

The 36-year-old found a new friend in the country's own Crown Prince as they explored the first century city of Jerash, an archeological site that attracts many tourists. And their outing wasn't the only occasion which showed they got along fabulously; Al Hussein bin Abdullah II personally drove he Duke of Cambridge to meet young people at the TechWorks Fabrication Lab (FabLab), which is part of the Jordanian royal's foundation. The project aims to empower young entrepreneurs much like William's father's business, The Prince's Trust.

William looked rather cool in the sun as he donned custom L.G.R "Suez" sunglasses, an Italian brand which uses only tempered mineral and boasts anti-scratch lenses which are impact resistant. No wonder the likes of Gigi Hadid, Tom Cruise and even Georgio Armani love them.

At the end of the day the duo sat down to watch the World Cup, a match the British Royal had been avoiding spoilers for all day. With England winning 6-1 to Panama, it was grins all-round as the boys enjoyed the game after a dinner at the Beit Al Urdun Palace.

During his trip to he region, William will visit Amman, Tel Aviv, Ramallah, and Jerusalem.

We can't wait to see more.

Jordanian Royal Family
Queen Rania of Jordan Will Always Be Our Go-To Source For Life Advice, Here's Why
by Kate-Lynne Wolmarans 31/8

Kate Middeton
When It Comes to Love, We Want One That Resembles That of Prince William and Kate Middleton
by Kate-Lynne Wolmarans 29/4 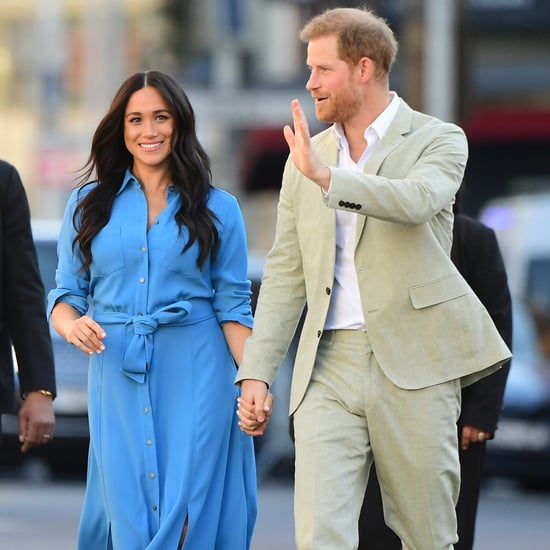